The Natives of Numinbah Valley 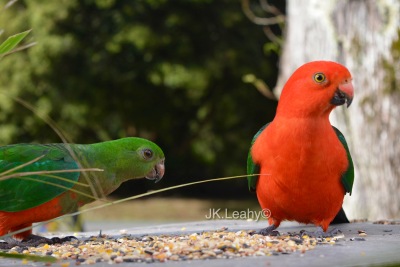 This delightful pair was the star guests at a small bush cafe in Numinbah Valley, Queensland. Not often do you meet ‘wild’ natives that are so friendly and ready for a photo. We would have never met these natives if we did not have a stopover. The stopover at the cafe happened after a mystery visit to one of Australia’s world heritage sites last weekend. (We were suppose to go to another site, but we could not swim there). It was a wonderful surprise and I will write a separate story on that site.

This whole trip was part of a retreat for Solid Screen Sisters – a gathering for indigenous women storytellers and film-makers. (More on this blog about Solid later)

I often get king parrots such as these on the trees in Bellbowrie, but they never come up this close. In the picture below, a Rosella (blue and red feathers) tries to land in front of the king parrot. 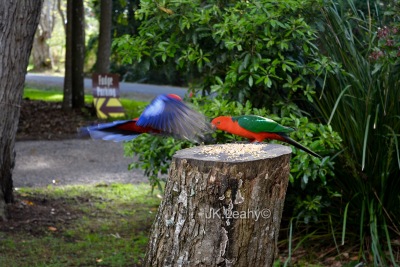 The green and red Australian King Parrot prefers to fly and live lower in the trees. Only the male Australian breed has a completely red-head. The birds live in pairs. 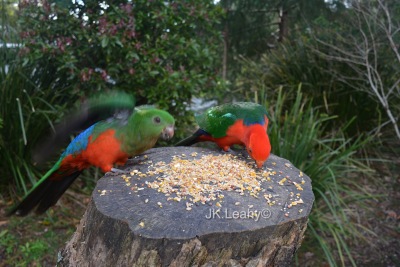 My star of Christmas is this beautiful bromeliad flower. It opened on Christmas day and already there is a feast on its delicate nectar. Bromeliads come from the pineapple family and can be grown all-year around. They originally came from the Americas. Read more on Gardening Australia. 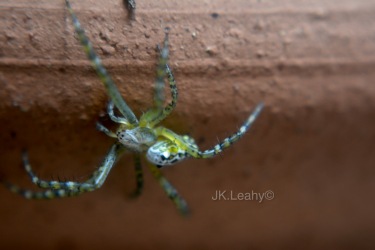 The other day I found this tiny ‘gangster’ running around in my garden. It was all over every plant as I chased and tried to shoot it with my macro lens, but ‘he’ was too fast. 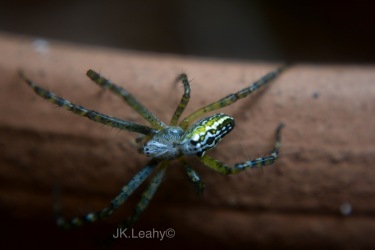 His colours reflected the light and I fell in-love with him. Twice, when I got closer, he jumped onto the lens. I tried to not squash him by accident. I spotted something on his back when he jumped off the lens. It was a pattern that looked very close to a skull. Look at the picture below, can you spot it too?

I thought “gangster” was a good name for him. He quickly spun a web in the cherry tree and made it, his home while he waited for his next prey. 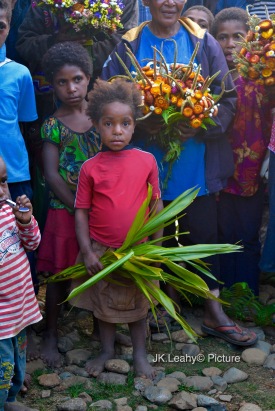 There are some faces you cannot forget. I had been going through and editing pictures from Papua New Guinea and I found many faces with many untold stories. Some faces are hard to forget. Here is one of the unforgetful faces from the Irugl Mother Of Life Orphanage run by the Simbu Children’s Foundation (SCF). More on founder Jimmy Drekore’s work and the Irugl story on this blog in the future.