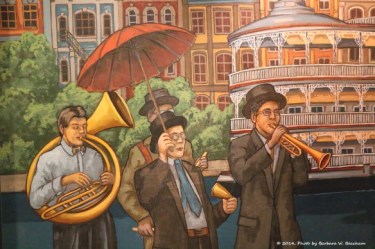 Little did they know when the photographer took their picture that they would find themselves trapped in a painting.

“Smile please” the photographer ordered with a devilish grin.

The FourJs, brothers Jim, John, Jack and Jonathan brushed themselves and stood proud. The camera flashed, before it went pitch black. For half hour, Jonathan, 17, the youngest of the FourJs Band, tried to move, shout and even blow his trumpet. Nothing came out. He reached for his oldest brother John, 25. John’s arm felt cold. Jim and Jack were frozen too. People passed them in the street, throwing coins into the tuba case. Traffic hummed. The woman with the funny smell passed quickly, her high heels clicking sharply on the footpath.

He had one of those attacks again.

“You, to the doctor” John said, relieved his little brother was ok.

22 thoughts on “The FourJs – Short Story”