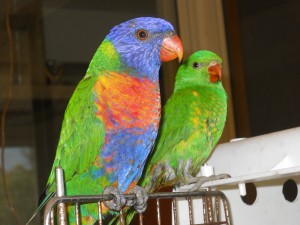 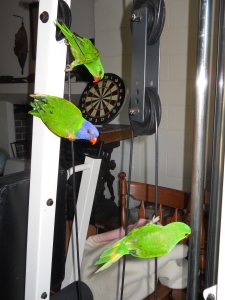 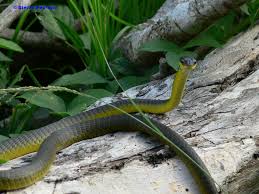 A few days ago, the temperature in Brisbane was a blistering 44 degrees.  Our average is about 27 degrees but summer averages are about 35.

Seeing my sons had gone down south to see their father, and boyfriend gone to Papua New Guinea, I was on my own with our pet lorikeets, Kaz and Nisha and in the backyard were our six chickens and a rooster.

We have a tin roof so imagine how hot the house was. Fortunately the house is two stories and brick in lower level kept the bottom half of the house cool. I moved quickly downstairs with the lorikeets. Not one to watch TV and being in the middle of the morning, I switched the TV on to see what was happening around Brisbane and Queensland with the very high temperature. I was also concerned about bushfire.

Within hours that morning, the heat was cruel. The ever so proud looking greenery and tropical plants and flowers in our surroundings slowly weakened and started browning and shrivelling right before my eyes. I made sure the chickens had a lot of water and the lorikeets and I settled into the cool comfort of downstairs and before I knew it, I felt drowsy and then had fallen asleep. The heat had taken its toll.

It must have been at least an hour before I heard loud shrieking and flapping of wings and woke up to the two piercing bird cries. I had thought the two lorikeets were fighting initially. Then I left the couch and moved to the window and there was the head of a metre long green tree snake trying to squeeze through the closed door.  It must have been desperate to get off the burning concrete floor it was on. Its long green back and yellow belly slithered very quickly as it glided over the glass door and falling off at all attempt. I felt sad but afraid at the same time. They were harmless, but what about the birds? There was a small gap which only the snake’s head could fit. It tried a few times to enter. I guess in this heat, all living things feel the temperature.

Quickly and out of my sleep, I jumped up and down and made a lot of banging noise against the glass door, my turn as by this time, the lorikeets were quiet and starring at me. The snake turned and quickly slithered away. I praised the two birds and returned to the couch and drifted off again. Half an hour later, the same thing happened. The snake had come back. This time, I closed the gap with tape and went outside and with a stick, chased the snake into the bush. I was running as the ground and grass was so hot, it burnt my feet. The interesting thing about the situation was, while I was outside; I spotted another scale-breasted male lorikeet bopping up and down in our swimming pool, almost on its last breath.

I ran across the yard to the pool and gave the drowning bird a stick to climb on. Not far from him were six dead ducklings floating in a small group in the pool. I felt sad. By the look on the lorikeet’s face, the wild bird seemed so relieved and did not make a single sound. I took him with me downstairs and fed him some food and water. Within minutes, the new bird met and became acquainted with Kaz and Nisha (our two lorikeets) and we stayed in the cool room for nearly three hours. The three lorikeets shared the food and water. With its beak, Kaz tried to comb and groom the new lorikeet’s feathers but he did not like that. Nisha being the scale breasted lorikeet and still a baby was excited and became very chirpy with the ‘visitor’. By the end of the day, the ‘visitor’ started getting restless so I opened the taped door and the “visitor” flew away. I re-taped the door and went outside to inspect the sun’s damage and bury the ducklings.

Pictured above Kaz and Nisha and later with the “Visitor”. A similar Green Tree snake tried to get into my art gallery last year and when I disturbed it, it tried to hide in the bricks. As in the Google Image photo, they are very common in our area, Bellbowrie, Western Suburbs and Queensland.