How would you like to melt into this seat, or sit in this melted seat? Our cool stuff item comes from Julien Carretero. It is not only a spectacular ‘melted seat’, Carretero calls his creation, To Be Continued. This creation obviously does not stop here.

“Each piece produced comes as a result of a process applied on the piece that came before. Each piece is then existing because of the others and couldn’t have been designed without the others,” said Carretero.

And the whole purpose of making such a thing is to experiment with creating a real and recognizable uniqueness within serial production. If you are concerned about the ‘messed up’ look,  the artist says it is because of the imperfection of the cast, that the object slowly mutates and starts designing itself. I am not going to argue with that.

I think they look pretty cool; my only concern or curiosity is how does it feel to sit on the seats? 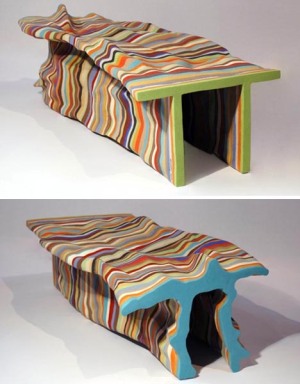 The multi-disciplinary industrial designer was born in Paris suburbs.  Carretero studied industrial design consecutively in France and in England before attending the Contextual Design MA at the Design Academy Eindhoven. In conjunction with his training and studies in the Netherlands, Julien worked for two years at designer Maarten Baas. After his graduation in 2007 he founded Studio Julien Carretero, which moved to Brussels in 2012. He has held and participated in several major exhibitions across Europe. 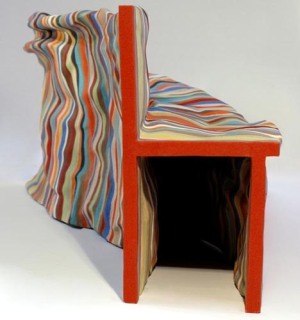 Click on the link below to see the To Be Continued process itself.

One thought on “Melted Seat To Be Continued – Cool Stuff”