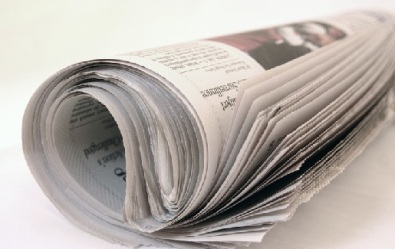 This morning, the rain stopped about 9am. I had welcomed the last two weeks of wet weather in Brisbane. My gardens have had a good drink and everything looked green with patches of bright tropical colours all around our property. I walked to one of my gardens, closer to our street and watched our chickens dirt-scratching near the roadside. They had ventured too far out and I was concerned for their safety. Besides, when the big black rooster is leading the pack of four hens, they were capable of doing anything. They could reach the public bus stop metres away and if the rooster decided to have its way, they could all catch the bus to the city. The rooster was very bossy, cocky and unruly. Apart from crowing several times continuously in a minute to annoy, it had a way of nodding its head from side to side and flapping its wings when scolded.

Today, the five were only two metres off the street, leaving their nesting place 100 metres away. The lined gum and acacia trees had shed so many leaves. Given the recent wet weather, the ground before me was covered in a thick layer of brown and black wet, slippery soil. I stayed at a dry spot, away from the road.

A small white Mitsubishi i-MiEV pulled up slowly and parked across the road from our mailbox. It was about 30 metres away from me and about ten metres from the chickens. I could see the car clearly. I was thinking it was a learner driver or a neighbour stopping to make a mobile phone call. As I watched, the car door opened and a large woman, about 150kg struggled to get out. She made it to her feet, straightened her short dark-brown hair and put on her glasses. She was dressed in a dark blue pair of denim and a lacy white blouse; two sizes too small. She wore flat slippers with no jewellery. Her tight clothing did not restrict her walk or her air of confidence. I almost thought, I had a visitor, this woman was coming up to my house.

Then, the chilling truth dawned on me. I recognised her and that car. I remembered her face. She had often sat in the car and sent a child to run across the road to take the paper. I had watched from the distance. I always wondered what they were taking, and then, our newspapers went missing. She must be the newspaper thief!

It has been almost eights months of the paper going missing and I have never been close enough to speak to her. Our gate is quite far from the house. I had suspected, the thief did their deed during my daytime work hours. The paper was gone before I got home in the evenings.

Westside News delivers the Wednesday weekly newspaper on Tuesday mornings. If I were lucky, the paper would still be there when I checked the mailbox area. Most times however, the weekly paper would be gone.

The woman looked around casually, and then crossed the road towards me, unaware I was watching her. She came up to my mailbox and with some difficulty she bent down and picked up the paper that was delivered this morning. When she got back up, her eyes caught me and she stopped, still holding the paper in her right hand. She gave me a wry smile. I stared at her. She reminded me of my black rooster with that look of arrogance and superiority. She looked hard at me, almost as if to say: “Well now that you have caught me, what are you going to do about it?”

In return, I gave her my disgust look with: “Thief, don’t ever let me catch you stealing my paper again, you have no idea what I am capable of”. She turned away. I was not surprised by her behaviour. I thought to myself, she is a pro, she is good at it, but, how many papers has she stolen each week and what did she do with them? In silence and after that ‘exchange’ between us, the woman strutted across the road and got into her little white Mitsubishi, and drove off with my paper.

16 thoughts on “The Paper Thief”